The Architectural Photography Awards 2019, sponsored by Sto and supported by the World Architecture Festival (WAF), proudly reveals this year’s shortlist, which was selected from nearly 2000 entries from 42 countries. 29% of the entries were from the UK, 11% from the USA and 9% from China.

The shortlist consists of four entries from 6 categories: Exterior, Interior, Sense of Place, Buildings in Use, Mobile, which this year’s theme is Shelter, and Portfolio with the theme of Social Housing. The photographs will be exhibited at WAF in Amsterdam from 4th – 6th December where visitors can vote for the winners, which will be announced during the WAF Gala Dinner on Friday 6th December. 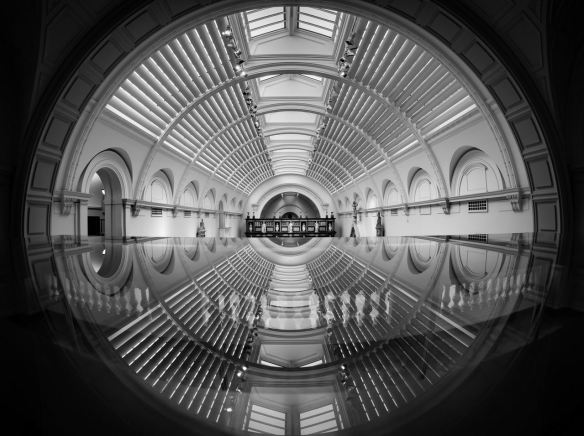 The reflection of the main hall in a glass case at the Victoria & Albert Museum, London shot by Thomas Knowles.
— – — 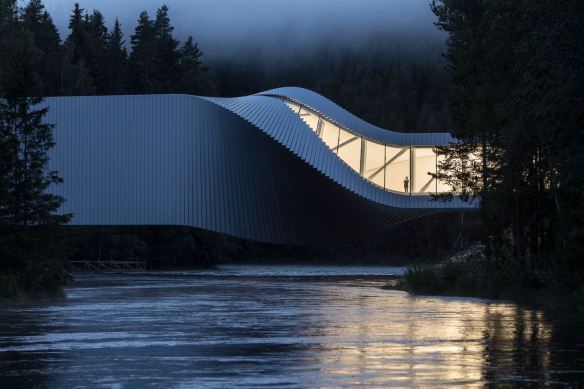 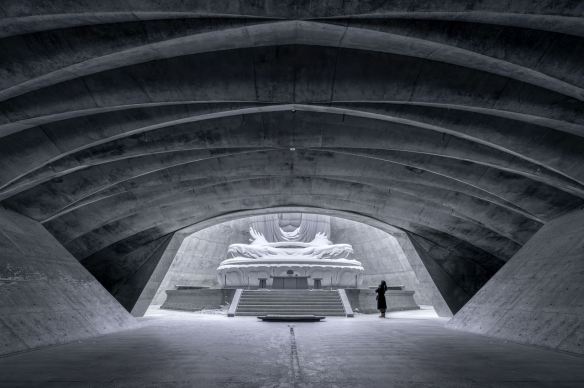 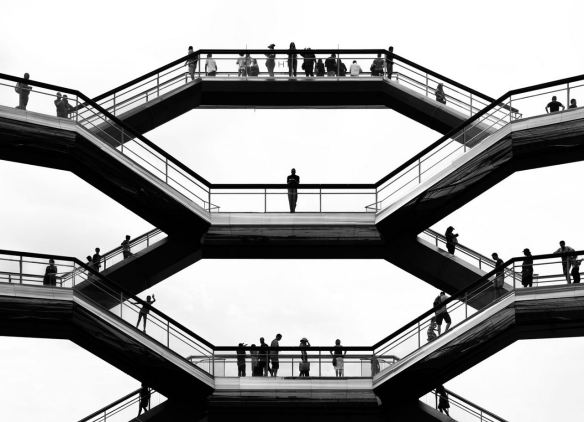 more at The Architectural Photography Awards

Promoting bird photography and the photographers behind the images is one of the primary aims of the Bird Photographer of the Year competition. Below are the successful shortlisted images from 2019 Sony World Photography Awards Open and Youth competitions. Winning images from Open competition shortlist will be revealed 26 February, the Youth winner will be selected from the shortlist and announced on 17 April 2019.

Now in its fourth year, Bird Photographer of the Year is a global photographic competition; a celebration of avian beauty and diversity, and a tribute to the flexibility and quality of today’s modern digital imaging systems. 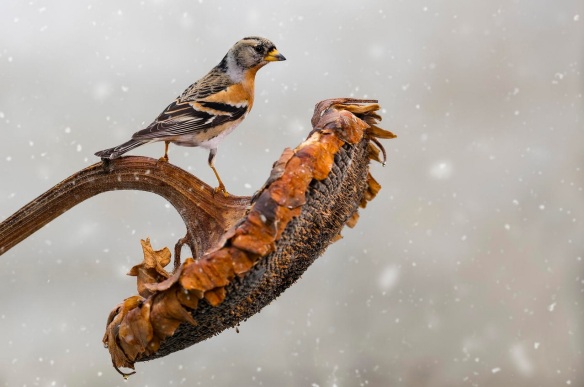 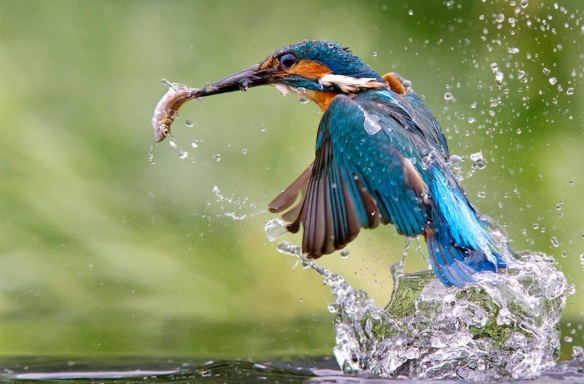 Flying in the evening by Kallol Mukherjee
— – — 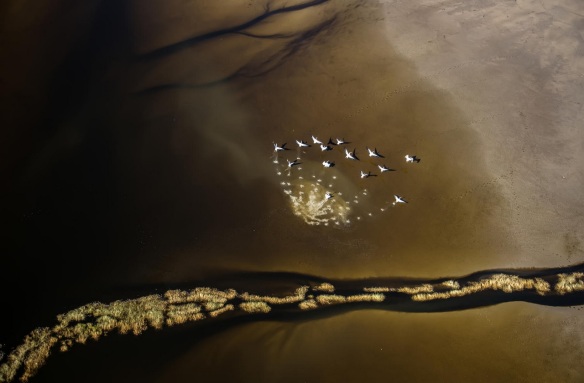 Flowers on a saline lake by xiaoge
— – —

Congratulations to all the shortlisted entries. The standard was as high as ever this year …
more at Architectural Photography Awards

A record number of images were submitted to the 2018 Sony World Photography Awards, which enters into its eleventh year. Photographers from over 200 countries entered 320,000 photographs into the contest, which covers a wide range of categories for professionals, amateurs, youth, and students. 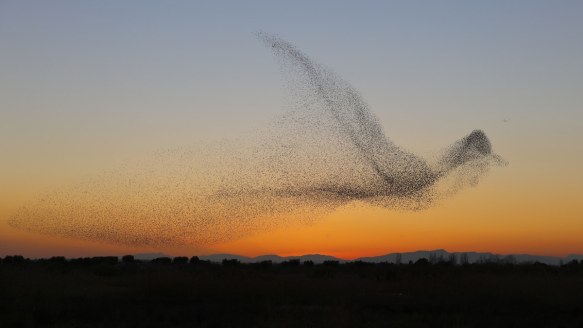 ‘Patterns of Glacial River’ © Manish Mamtani, India, Shortlist, Open, Travel (Open competition), 2018 Sony World Photography Awards. Aerial view of Glacial river in Iceland. While crossing the bridge, I noticed some pattern in the water and wondered how it would look from the sky. I stopped the car at a turnout after crossing the bridge and flew my drone to capture this image. I included the bridge and the car to give an idea of the scale. This river flows to the ocean and becomes part of the sea.
— – —

‘Shapes of Lofoten’ © Mikkel Beiter, Denmark, Shortlist, Open, Travel (Open competition), 2018 Sony World Photography Awards. This composition is quite popular amongst photographers at the moment and it’s easy to understand why! The beautiful Mount Olstinden has almost the same shape as the roof of this cute yellow cabin and the yellow color creates some amazing contrast to the snow covered mountain.
This place can be found in the Lofoten Archipelago at the small island named Sakrisøy.
I’ve removed a small cabin in the left side during post process. Beside that, color correction, contrast and sharpness has been done in Lightroom and Photoshop.
— – — 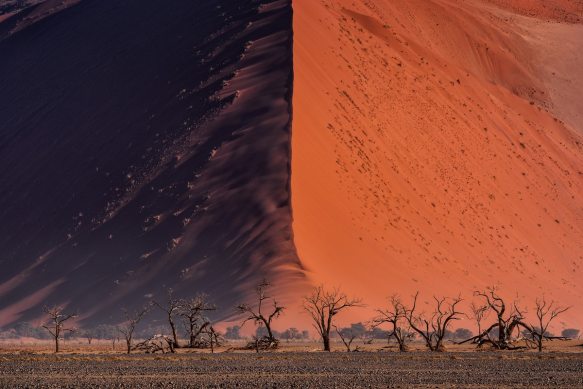 ‘The Great wall of Namib’ © Paranyu Pithayarungsarit, Thailand, Shortlist, Open, Landscape & Nature (2018 Open competition), 2018 Sony World Photography Awards. The great landscape of large sand dune in Namib desert, Namibia. This shot was taken in the morning as the sun shone to one side of the dune while another side was still in shadow. The Namib desert is the oldest desert in the world where the sand sediment were deposited in the same area since 55-80 million years ago.
— – —

The international contest for young photojournalists organized by Rossiya Segodnya under the auspices of the Commission of the Russian Federation for UNESCO has selected a shortlist of for the 2017 contest. The shortlist published at stenincontest.com was selected by an international jury and includes photographers from 14 countries who will compete for the main prizes with the winners being announced on August 7 2017. The prestigious international award for young photographers will be presented in the Autumn in Moscow. As in previous years, the winning photos will be displayed not only in Russia but also abroad until the end of 2017.

The European Dream.
by Anna Pantelia
— – —

Search and rescue operation of the Russian Emergencies Ministry.
by Artur Lebedev
— – —

This year the number of countries taking part has increased, securing the contest’s status as a prestigious international platform that discovers new names in world photography. The 2017 contest’s shortlist was selected by award-winning representatives from the Russian and international photography community. The jury, chaired by Stern Director of Photography, Andreas Trampe, reviewed some 5,000 photos by contestants from 76 countries across four categories, including Top News, Sport, My Planet, and Portrait. A Hero of Our Time. Each category was divided into single photos and series.
— – —