Deep within a Swedish forest lie 1,000 forgotten cars from the 1950s. The rusting vehicles are all that remains of a scrap yard set up in the wake of the Second World War. Back then it was the final destination for cars abandoned by American soldiers leaving Europe after the war. Two forest-dwelling Swedish brothers ran the scrap yard until the 1980s before they abandoned the site in the 1990s, leaving the forest undergrowth to claim the cars. Photographer Svein Nordrum ventured into the dense woods to snap some pictures of the abandoned vehicles. 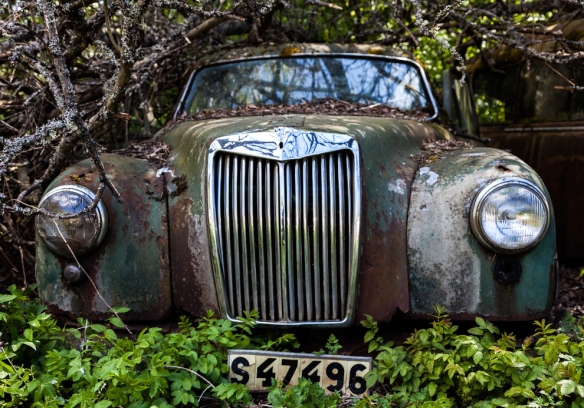 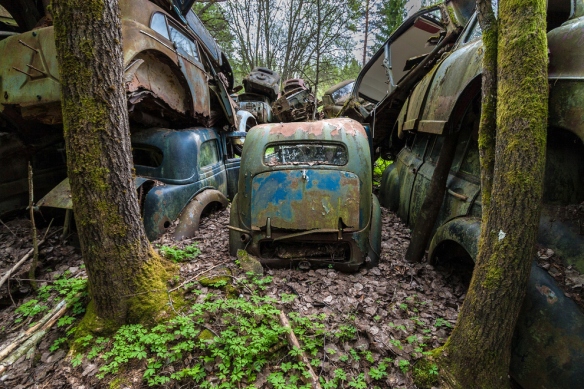 from “15 Eerie Pictures Of A Classic Car Graveyard In Sweden” 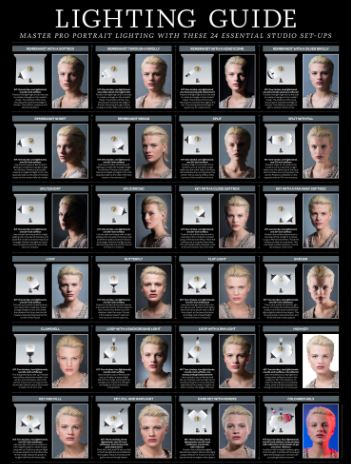